We had a brilliant time today visiting the Headquarters of the Royalist army during the English Civil War. We became pikemen and practised being part of a pike block while taking part in a pike drill; we learnt how to load a cannon and used lots of the equipment that 17th century soldiers would have used. In addition, we got to try on some of the armour that cavalry soldiers, musketeers and dragoons would have worn. Throughout all of our workshops we heard stories of bravery, awful injuries and daring escapes,

We also visited Fort Royal to see where key parts of the Civil  War story took place. It was great to see some of the places we have been studying as part of our local history topic. We even think we managed to locate some musket shot holes and a dent made by a cannon ball! All in all, a great day! 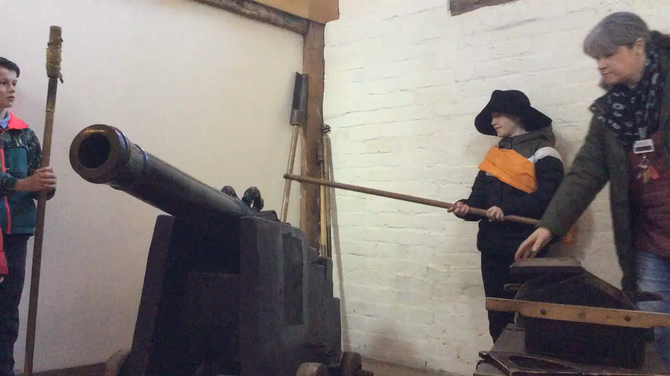 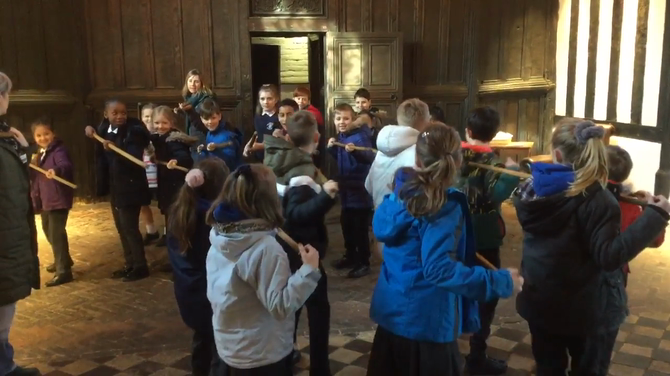 We found another cannon! 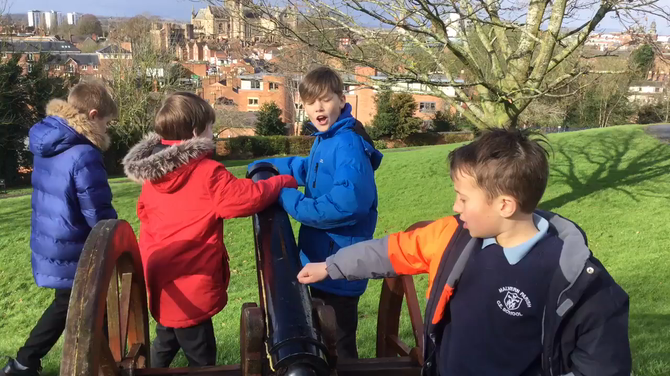 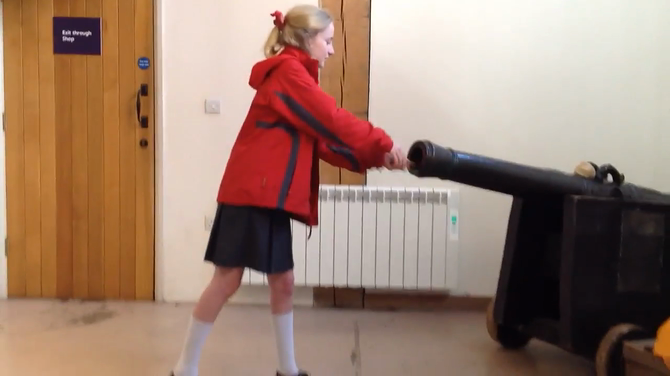